The program started in Heroes’ Square, one of the major squares in Budapest, a site of Unesco World Heritage, built for the National Exhibition during the  Millenary Celebrations in 1896.

Avicenna students got a deep insight into the history of Hungarians from the conquest of the Carpathian Basin by the nomadic tribes until the present days. The realias, maps, and pictures made the stories told more memorable as well as the focus on logical connections between events, the reasons, and their consequences, instead of the historical dates and names. Having seen the Millenary Monument, we set off to see the magnificent buildings in the City Park, which stretch behind.

Students could understand in Vajdahunyad Castle, which displays different architectural styles like Romanesque, gothic, renaissance, and baroque, how ideological changes caused architectural styles to change during the history. Then in Széchenyi Spa, they got a glimpse of the fascinating and unique history of spa tourism and the benefits of artesian water on health. Students could also learn, through the examples of noble-minded people, how to work your way up from miserable conditions to better via the examples of the founder of Gundel Restaurant. On the way, they were not only given a brief history of skating but also had a look at the location of the school’s winter sports programme in the open-air City Park Ice Rink in January.

To reach affordable refreshments for lunch at Oktogon we took the first electric-run underground in Europe built just one meter under the elegant Andrássy Avenue. After half an hour break we continued our trip towards the Royal Opera House and Art Cafe which was a centre of social life for the intellectuals at the turn of the 19th century. At the time of Millenary, not only architecture but Caffe culture was also blooming in the capital so it well deserved its contemporary name “coffe city”.

Finally, we arrived at our destination, St. Stephen Basilica, the largest church in Budapest which houses the mummified right hand of the first King of Hungary, whom the Basilica is named after.

Luckily students’ interest did not fade away towards the end of the guided tour, moreover they were happy to be given several tips on how to make the most of their weekends and free time in Budapest. 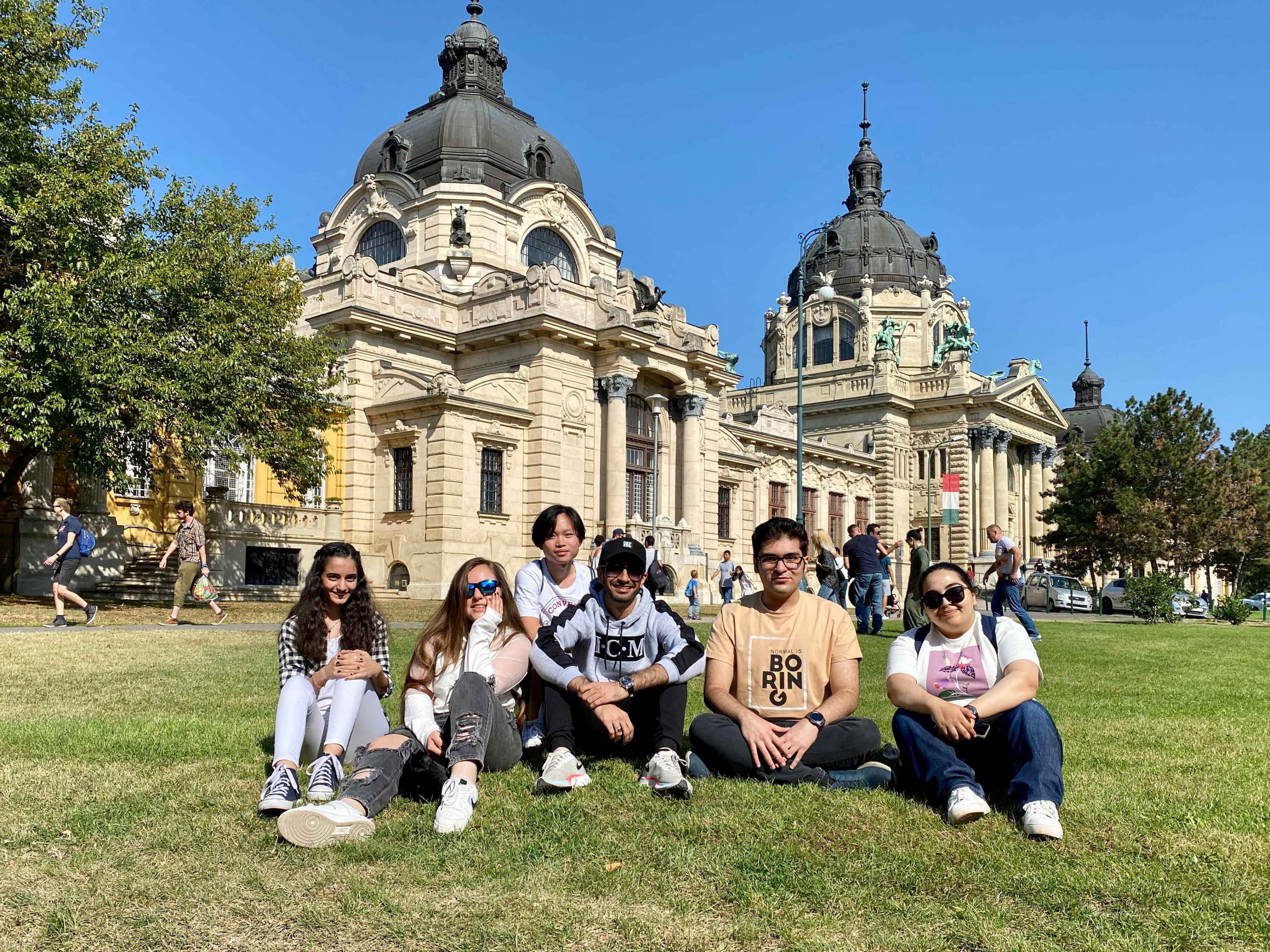 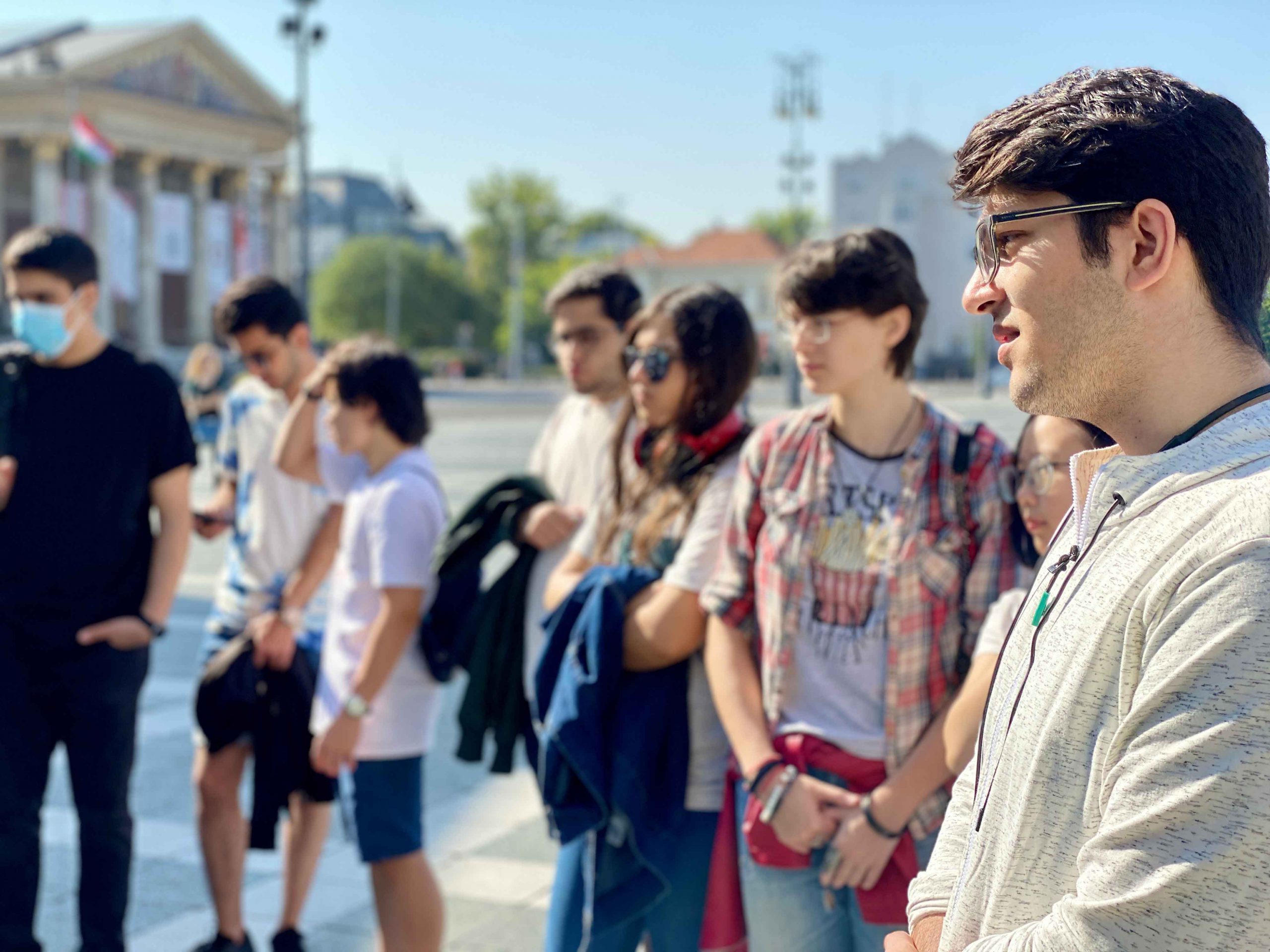 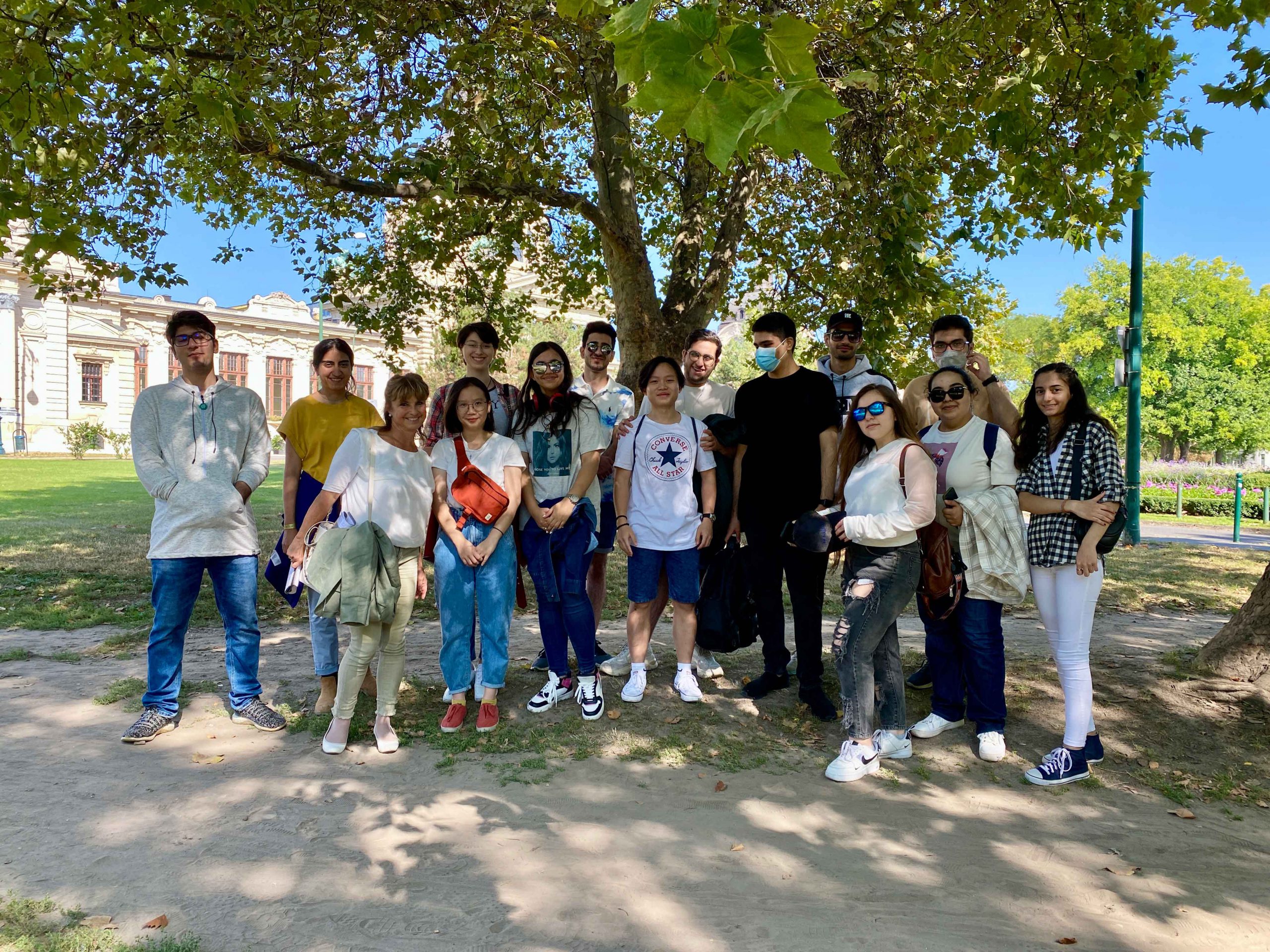 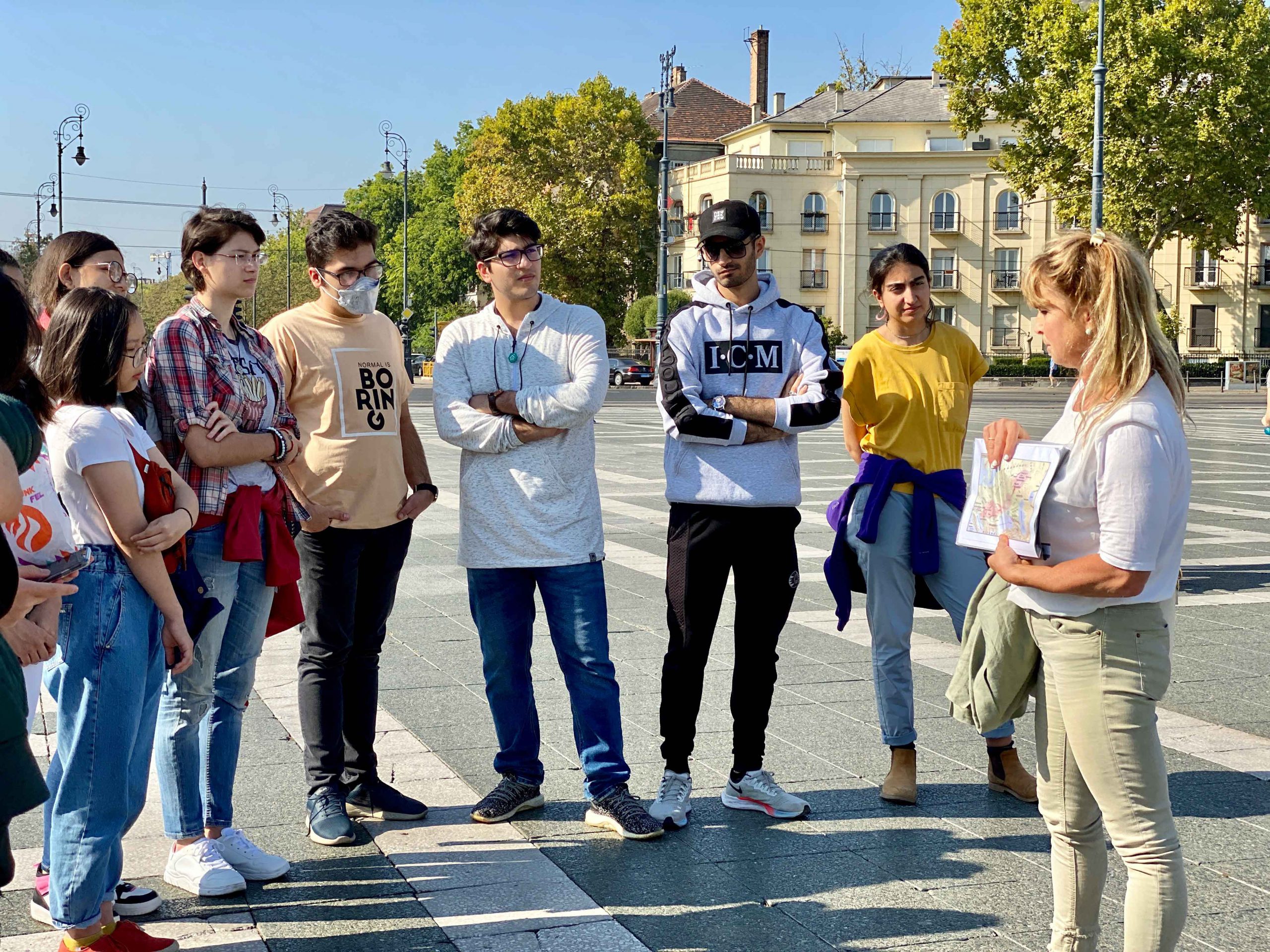 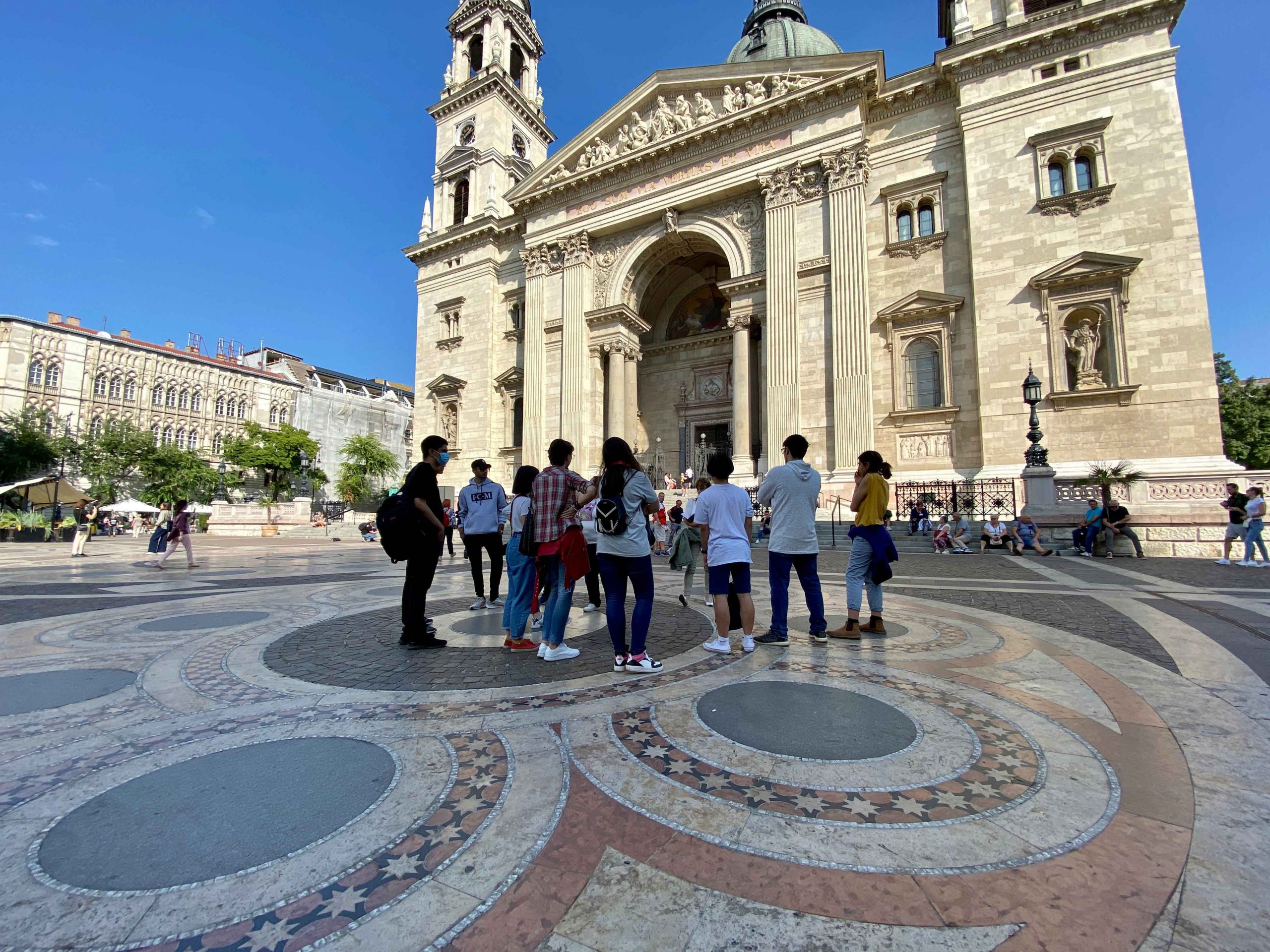 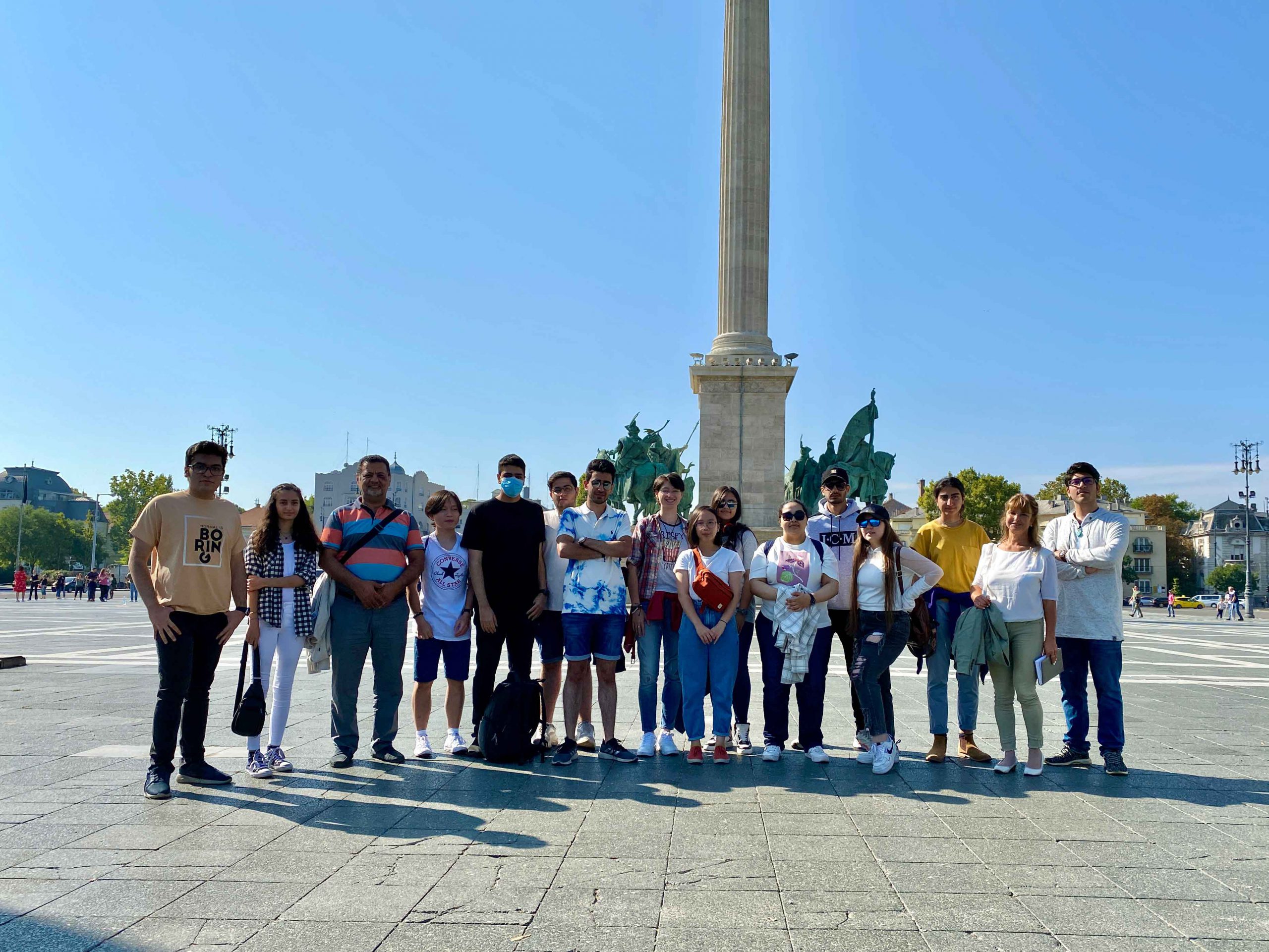 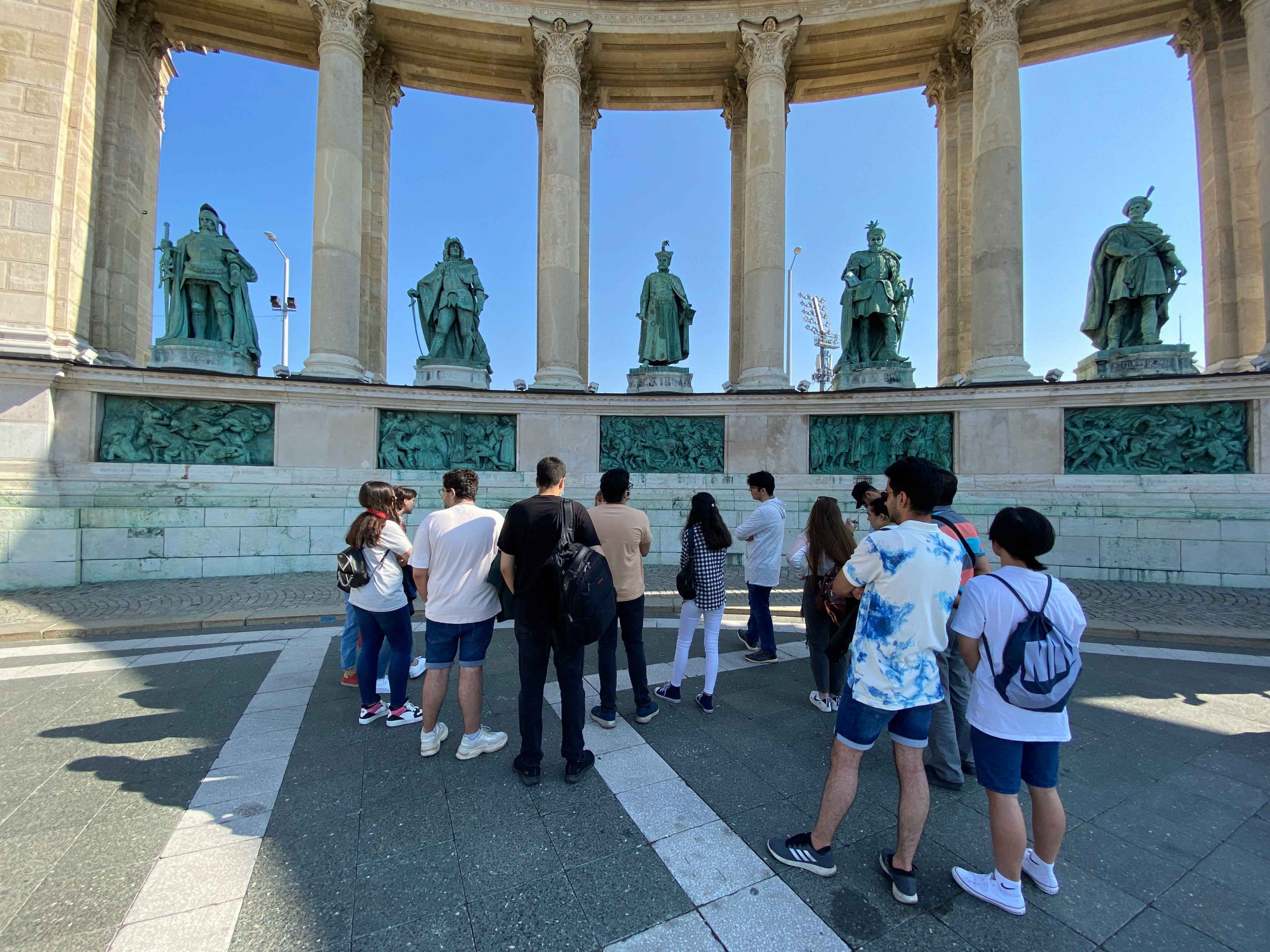 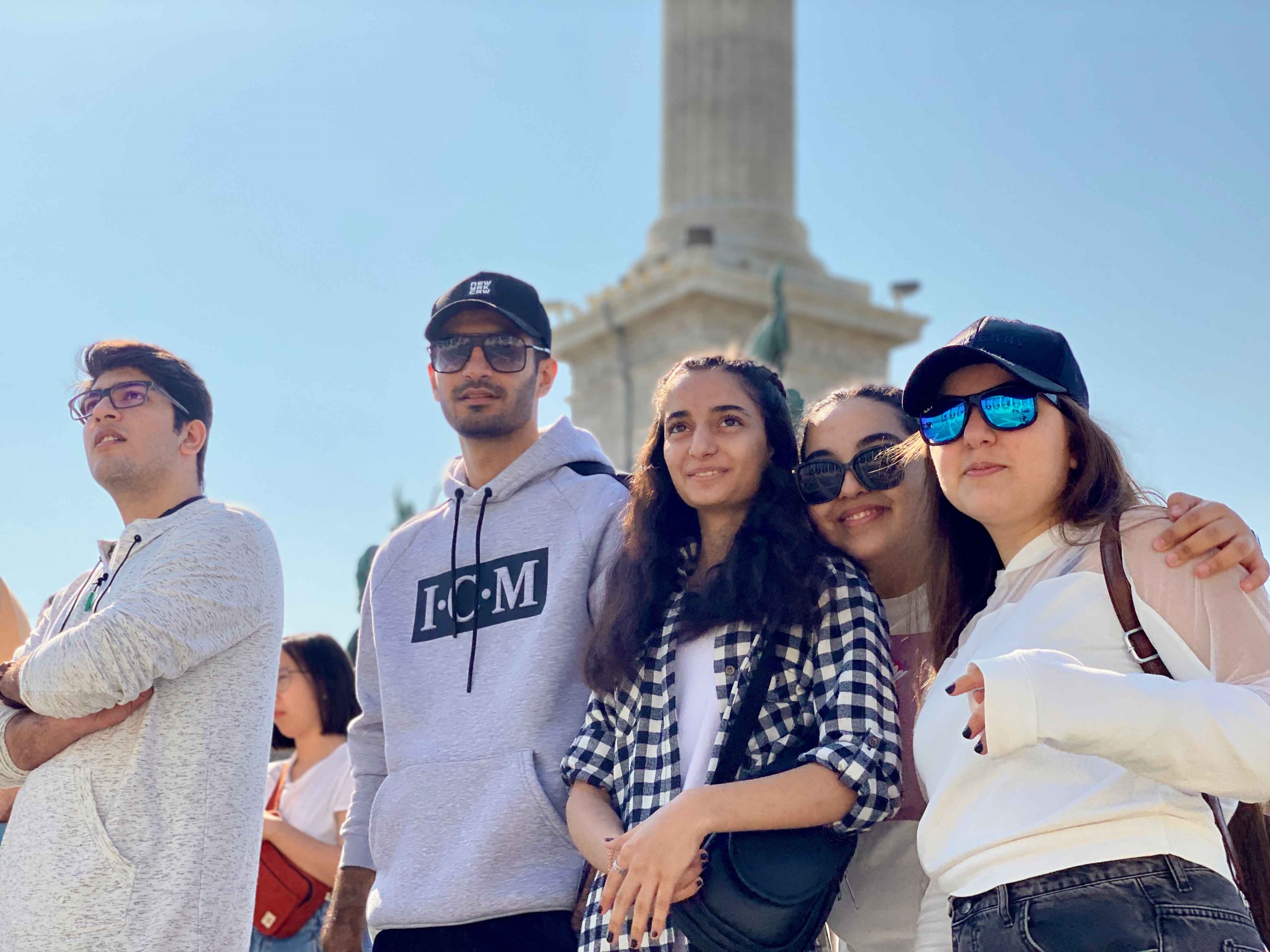 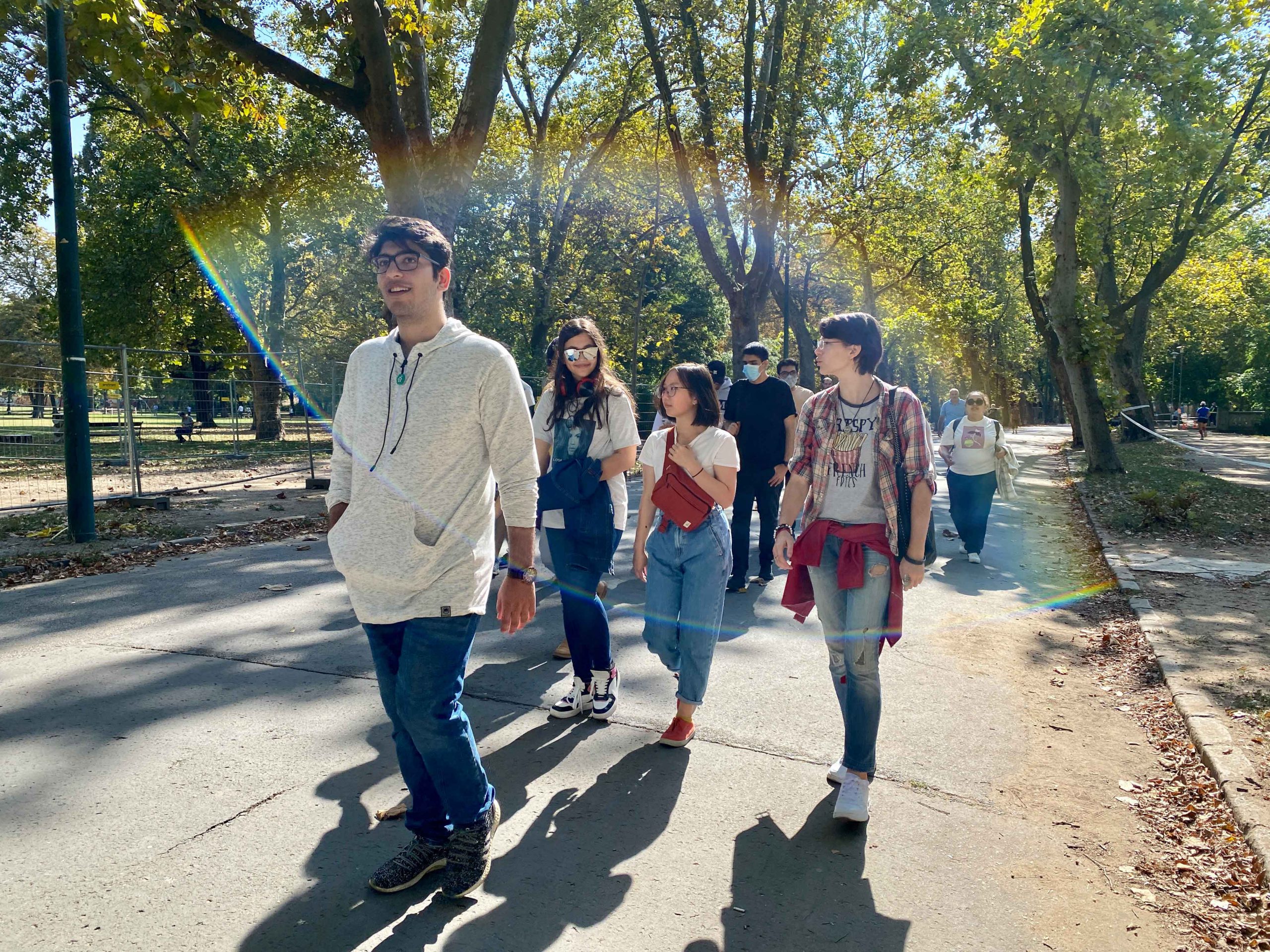 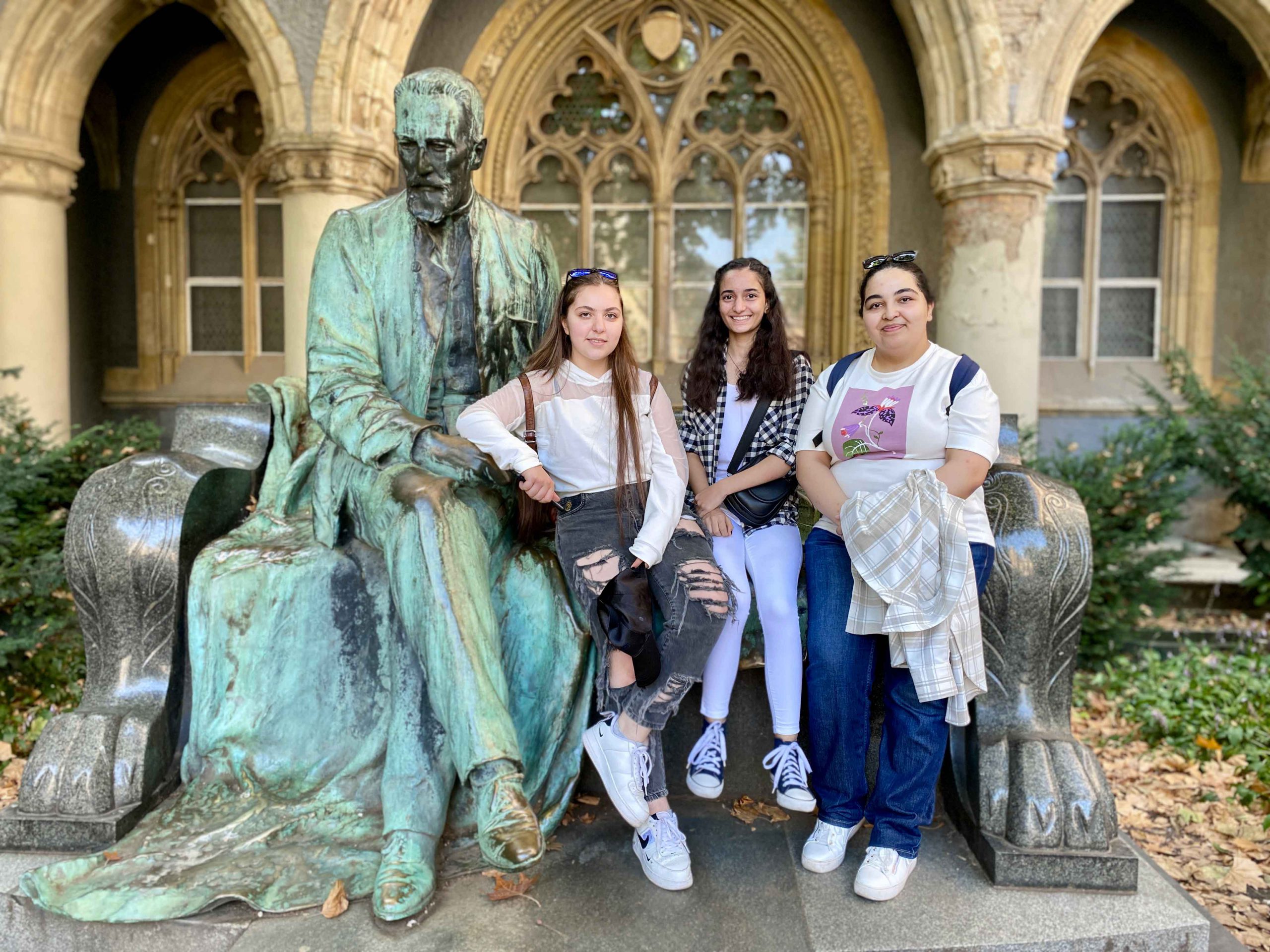 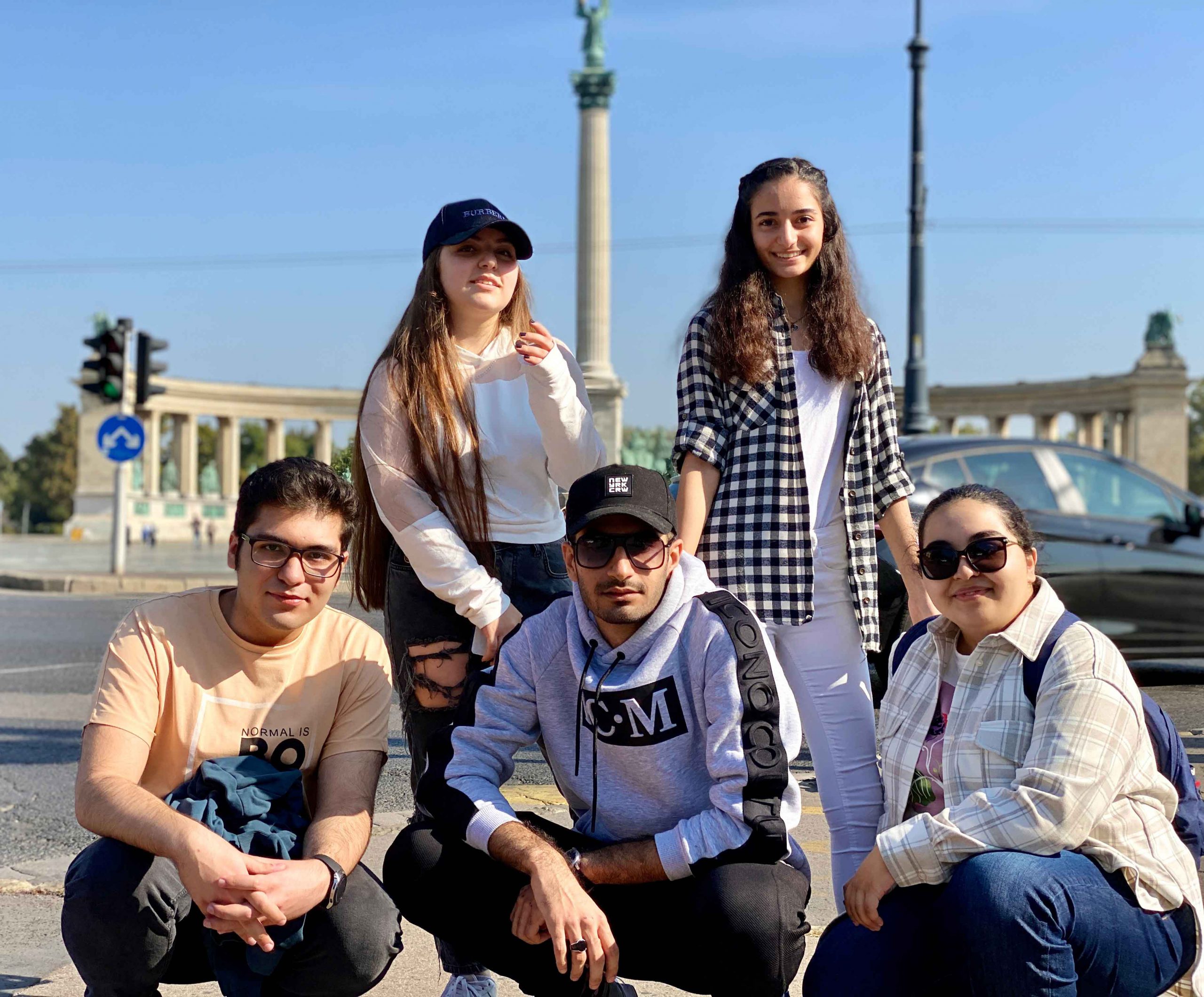 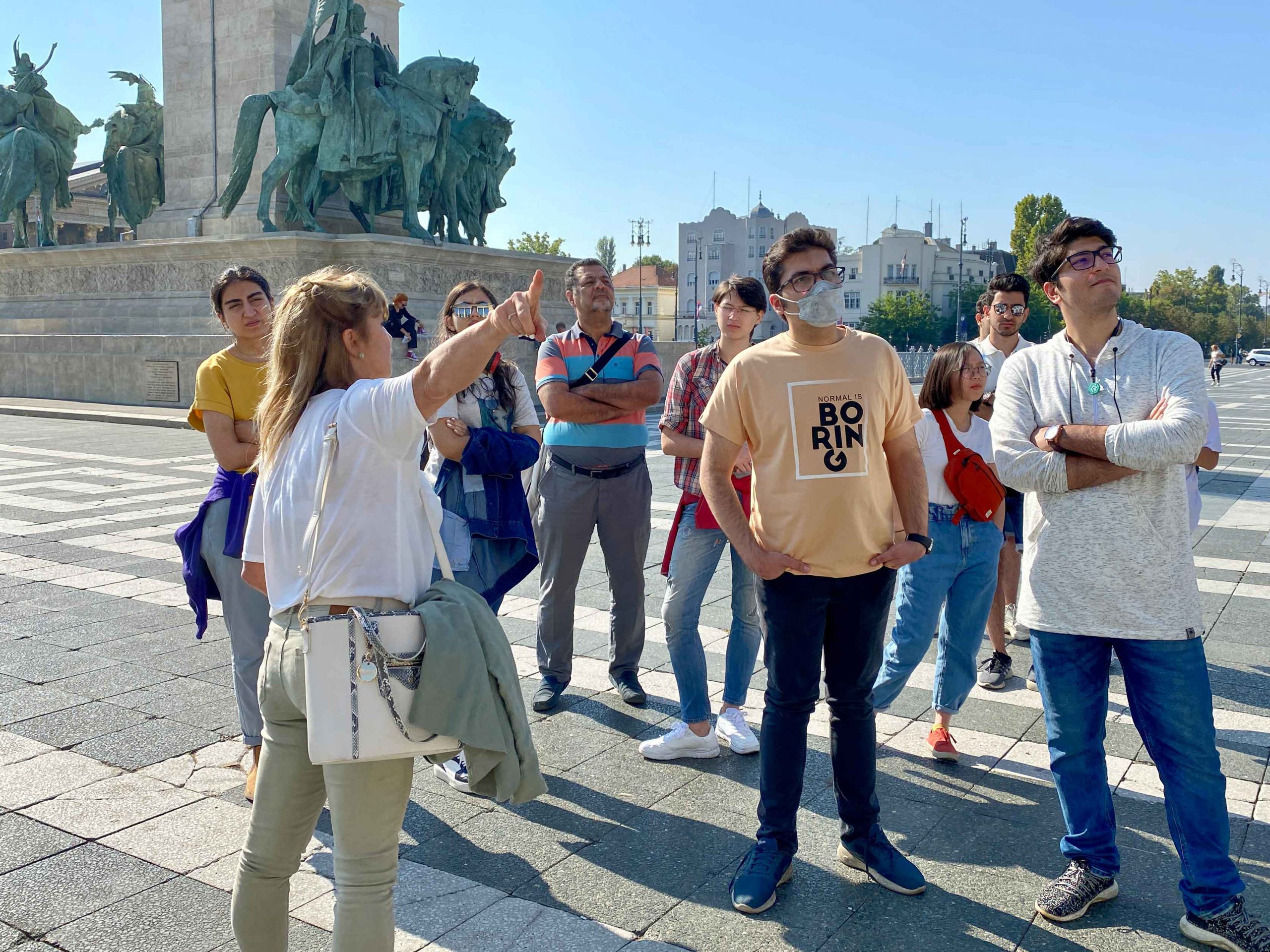