Having met at Szell Kalman Square at 10.30, the six AIC students with the guides took a few minute’s rides by bus (16A)  to the Royal Castle.

We started our tour at the Castle side of the medieval city on Castle Hill, which lies and is still inhabited by locals in the heart of the Capital.

The construction of the Castle was started by Béla IV. to build a siege-proof residence against the Mongolian invasion in the mid 13th century. All the successor kings added extensions to the Royal Castle which first wore the sign of the Roman, Gothic, later the Renaissance, Neo-classical, and finally the Baroque style.

The golden age of Buda was in medieval times under King Matthias, the son of John Hunyadi. This peaceful, prosperous period could be thanks to the father who with his ingenious military talents successfully defended the southern border of Europe at the siege of Belgrade which kept the Turkish invasion away from the continent for 60 years. (Since then the bell of Christian churches ring everywhere in Europe at noon.) The Italian wife of King Matthias brought humanist artists, scholars to the court, and the King made Buda a cultural center of European Renaissance and science in the 15th century.

The golden era of his realm was short-lived as he died without a legitimate heir, so after his death, the power of the country declined quickly and 50 years later Buda was seized by the Ottomans and the Castle was used as gunpowder storage and the church was turned into a mosque by them.

Hungary became occupied by the Turks for almost 150 years and depopulated in the constant wars while western European countries could flourish uninterrupted. Finally, Buda Castle was recaptured by the Allied Christian Forces supported by the Pope in 1686. The devastation was increased by the explosion caused by the gunpowder stored.

The Habsburg assistance for the victory left Hungary in the occupation of the Habsburg forces and the revolution against it (in 1848) and later the Austro-Hungarian Compromise (in 1867) brought consolidation to the Hungarian economy. As a result, Buda and Pest united and emerged as the leading European metropolises.

The professor architect who made remarkable plans last on the reconstruction of Buda Castle was Alajos Hauszmann, a member of the Hungarian Academy of Sciences. However, his grandiose constructions were damaged during the first and second World Wars, the real damage was caused by the modernist restoration and the unnecessary demolition of those reparable buildings during the communist dictatorship between 1945-1989. The restoration of this shabby period was approved by the government in 2019 and it started the National Hausszmann Program and now it is underway, based on the legendary ’Hauszmann Plan’, which should be finished by 2030.

Having seen the Royal Riding Hall, the Main Guardhouse, and the St. Stephen’s Room as the latest reconstructions in the Royal Castle, we continued our walk to the Fisherman’s Bastion and Matthias Church among the medieval buildings.  Here we could see the magnificent view of the Danube, Pest with the Parliament and Basilic as well as Margaret Island.

On our way back we learnt where the oldest confectionery in Hungary (the Ruszwurm) is located and where many innocent locals’ lives were saved by devoted doctors, nurses, nuns, and volunteers during the wars and revolutions in the Hospital in the Rock. 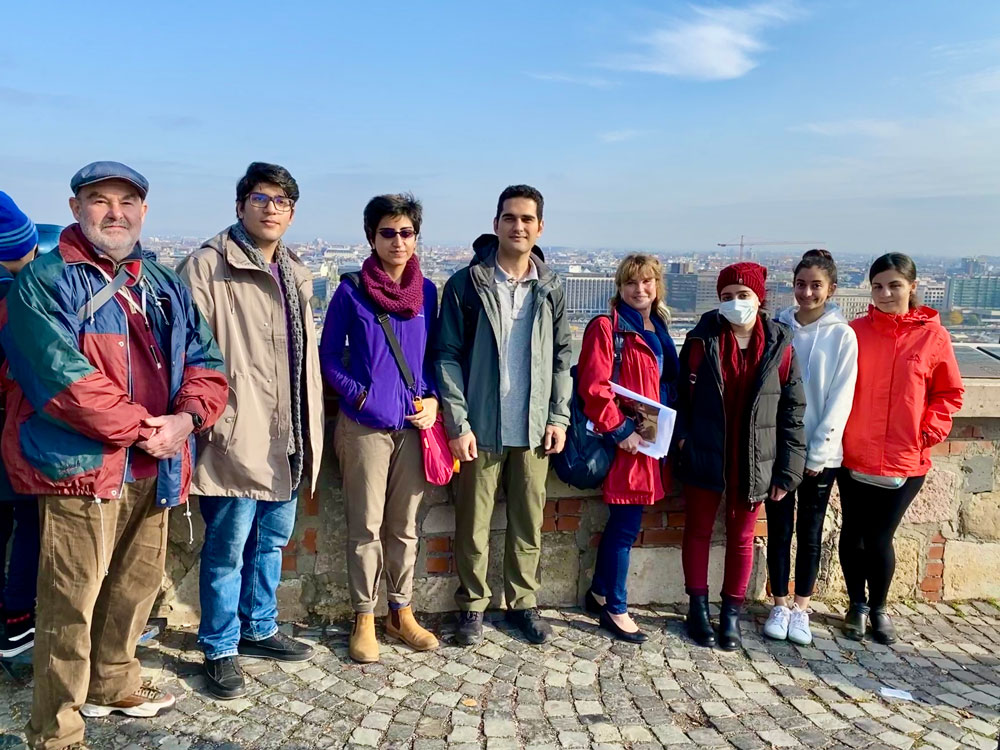 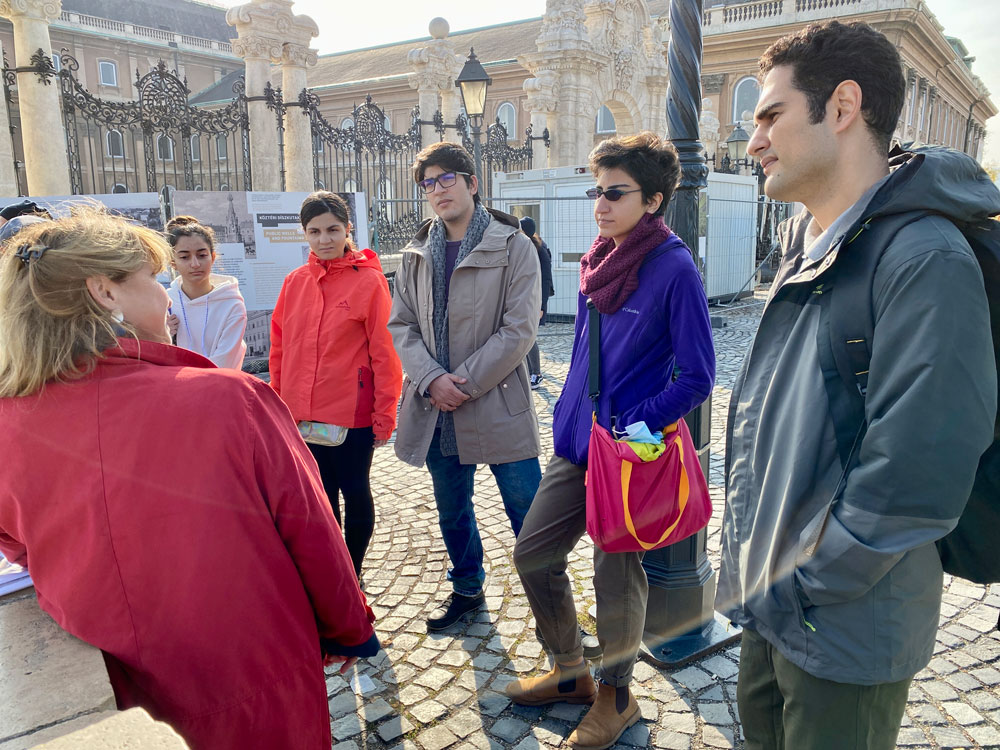 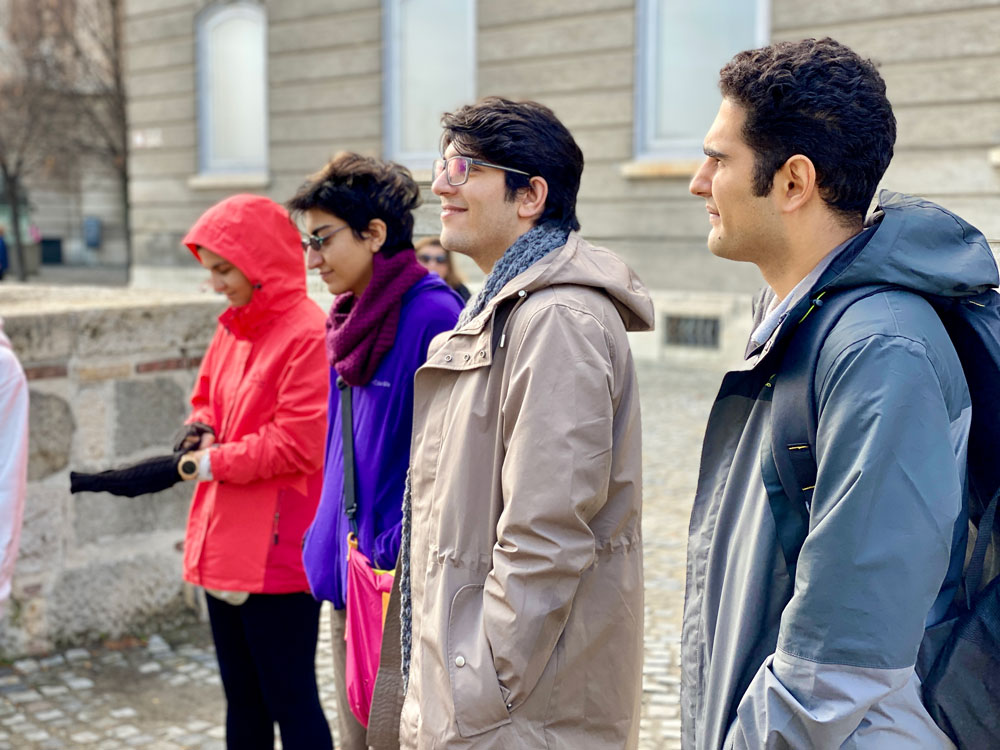 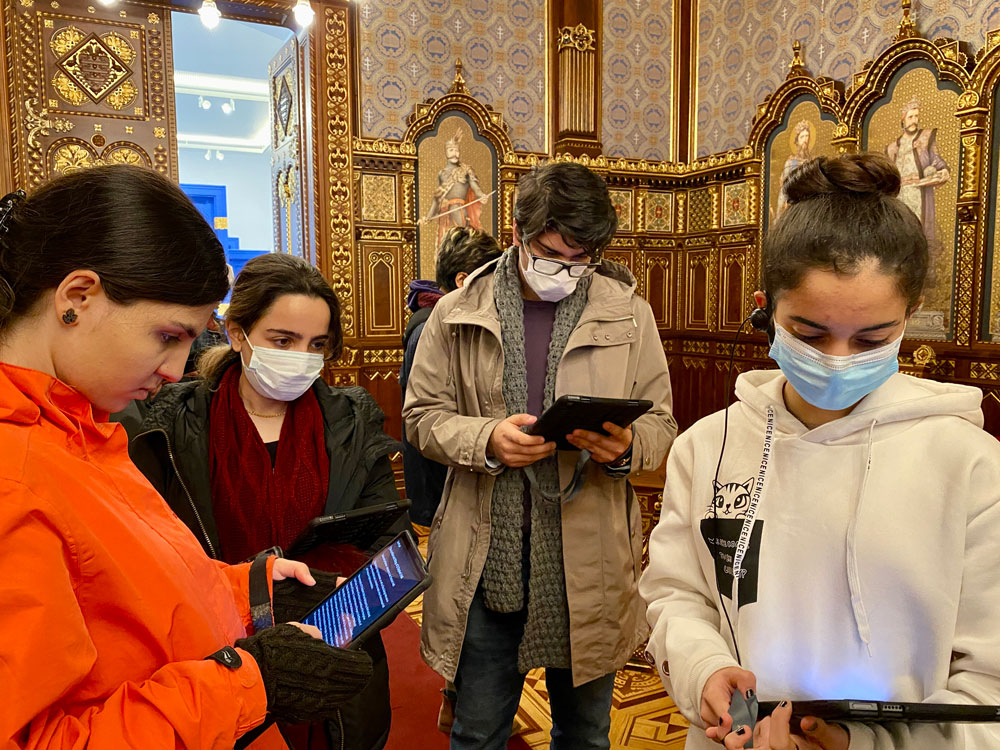 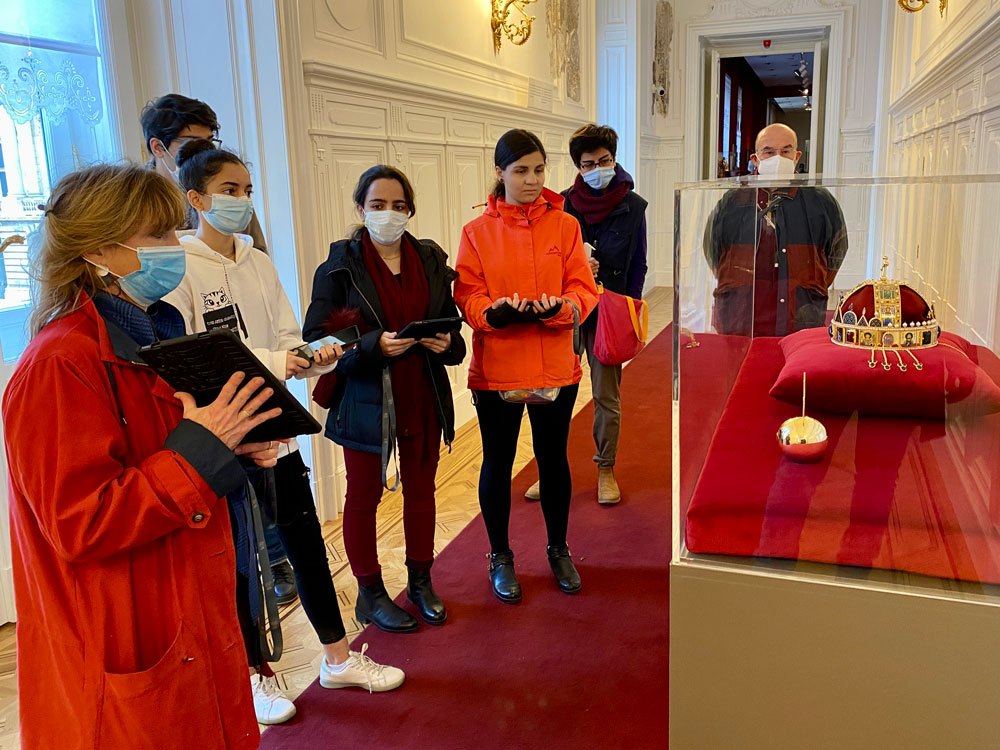 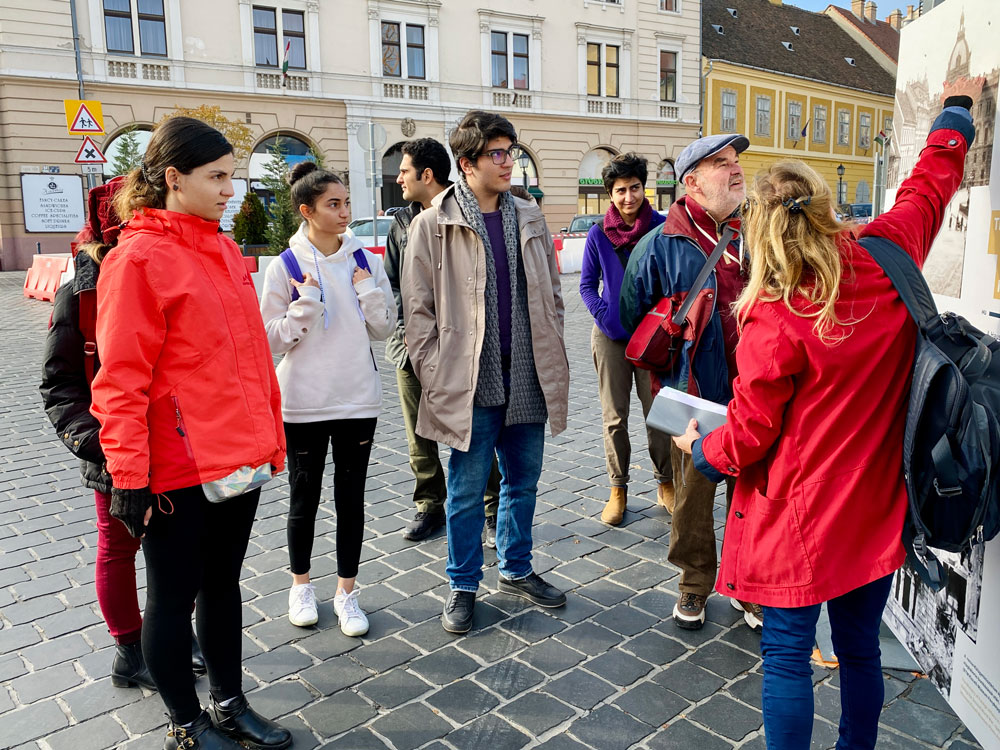 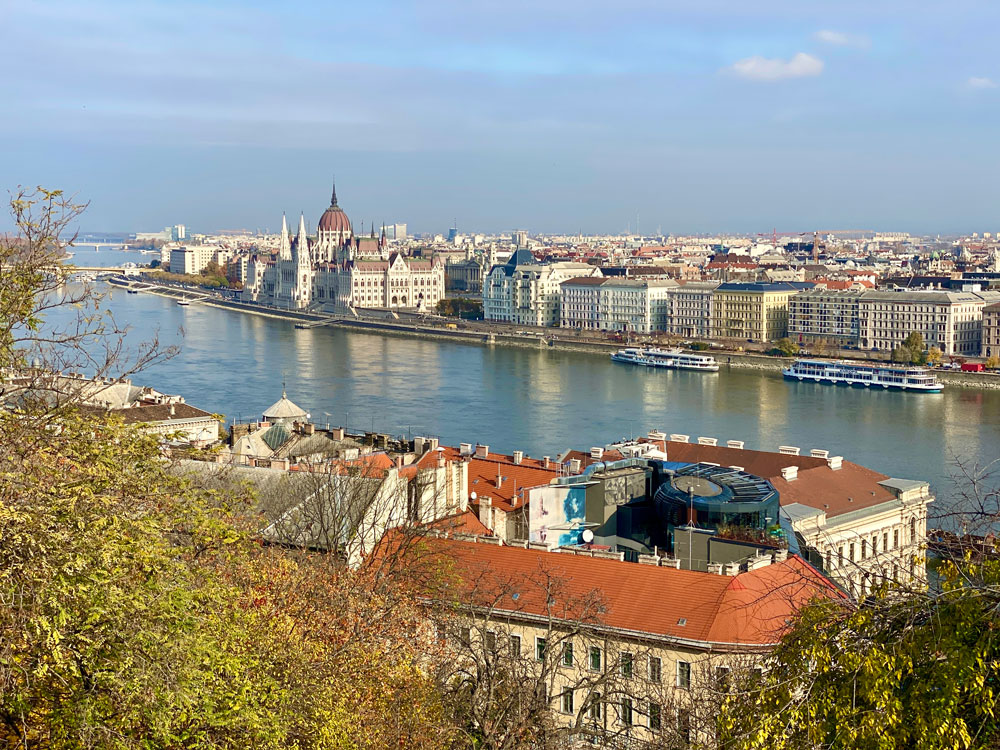 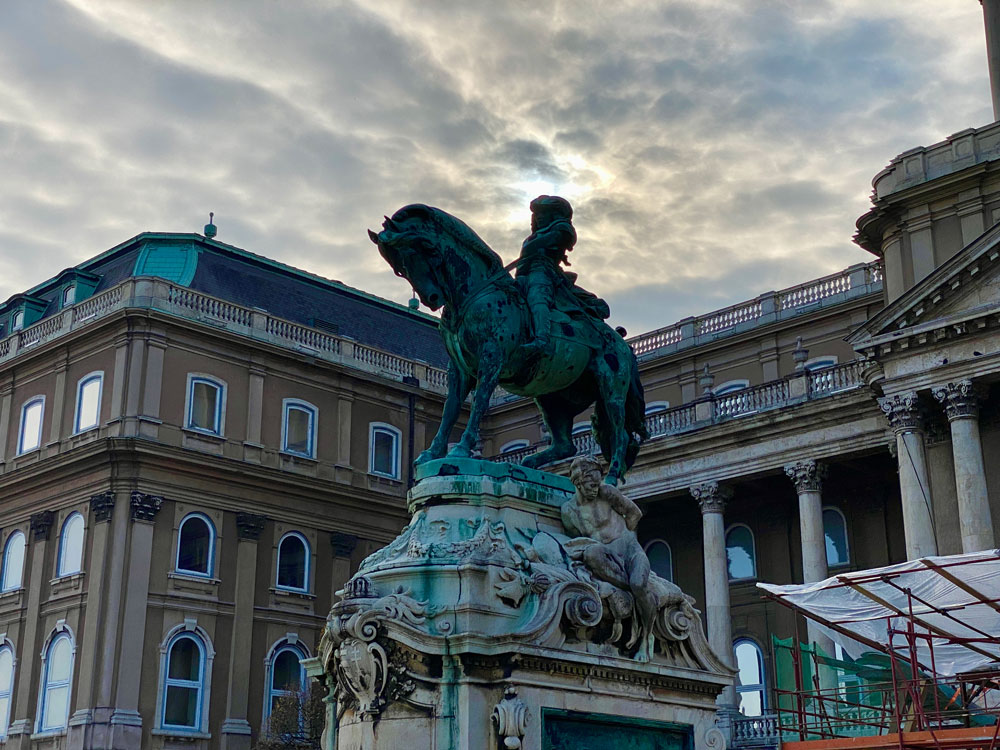 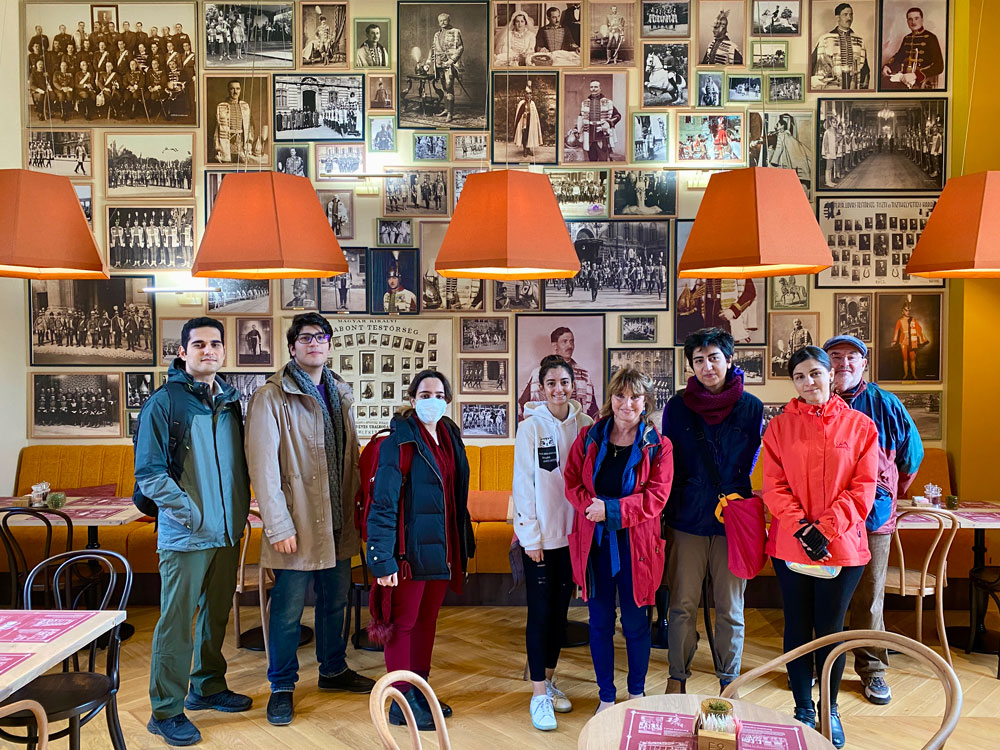 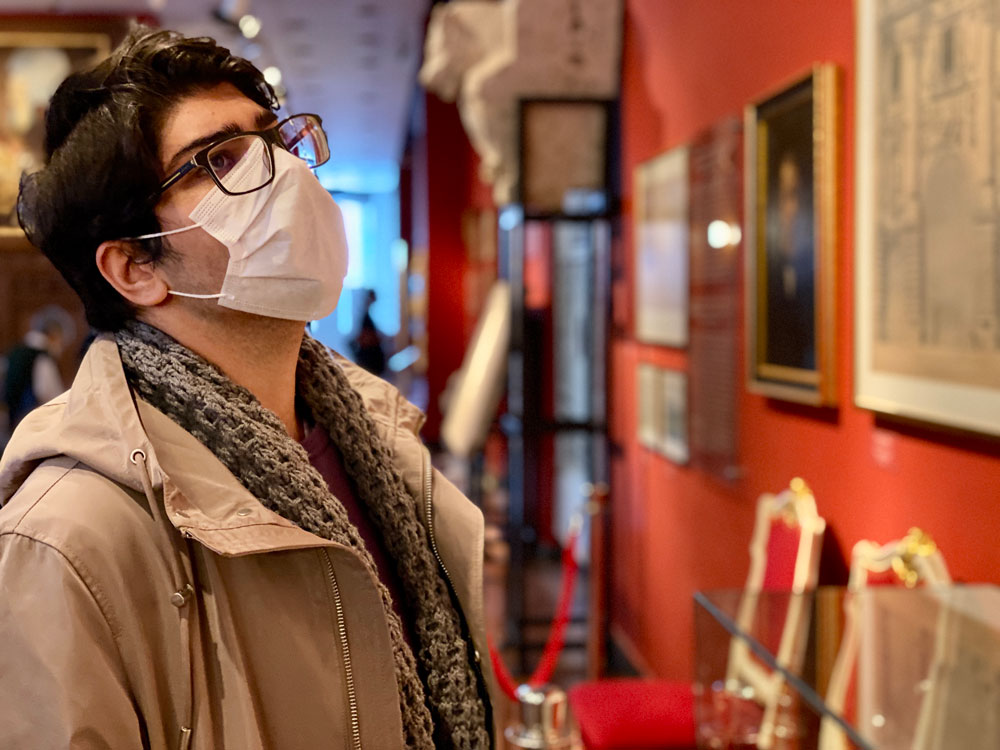 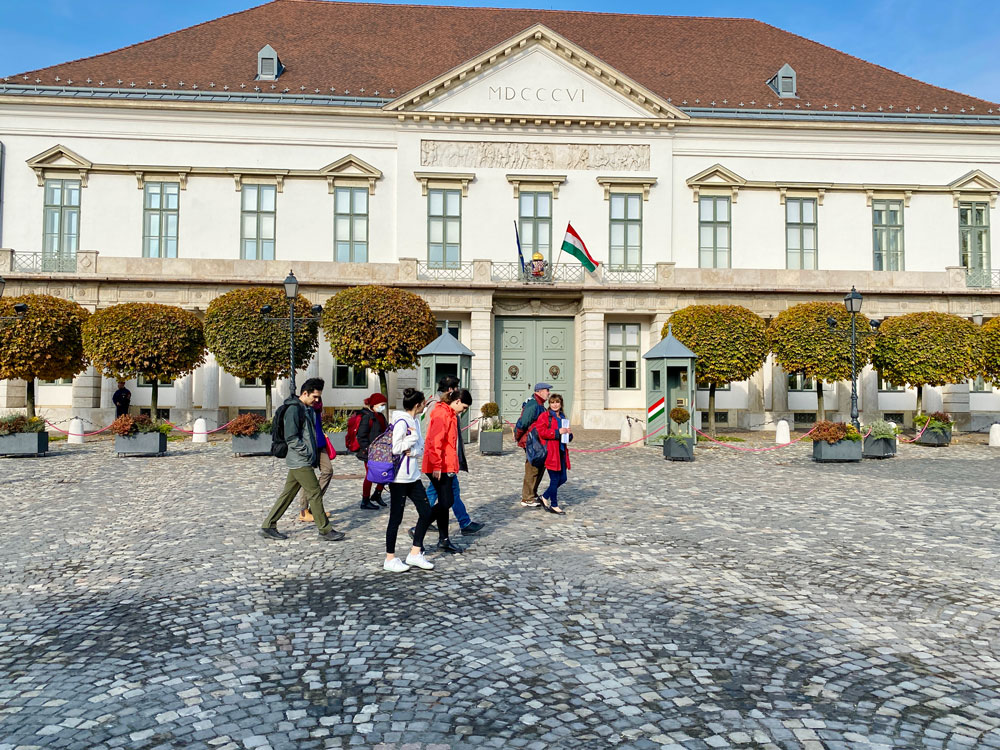 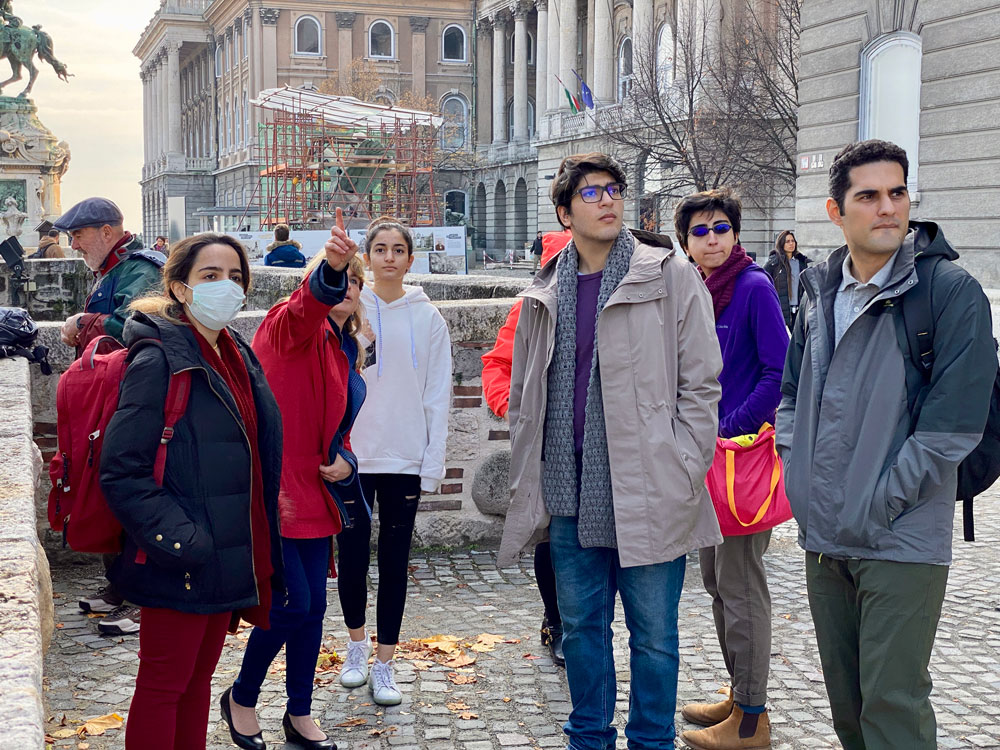 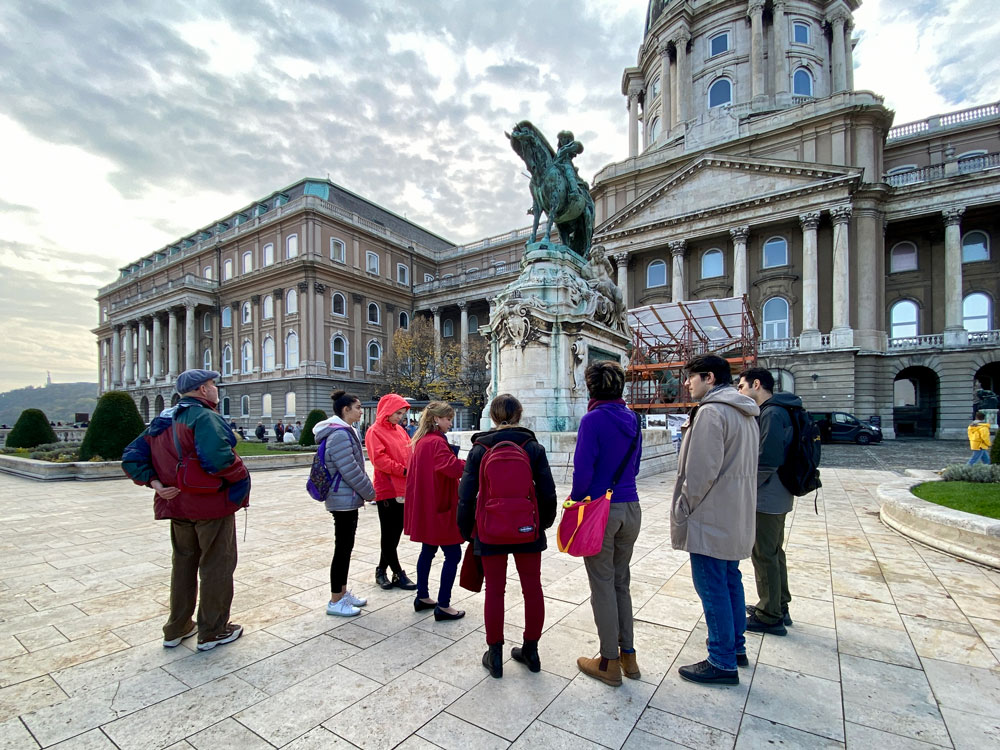 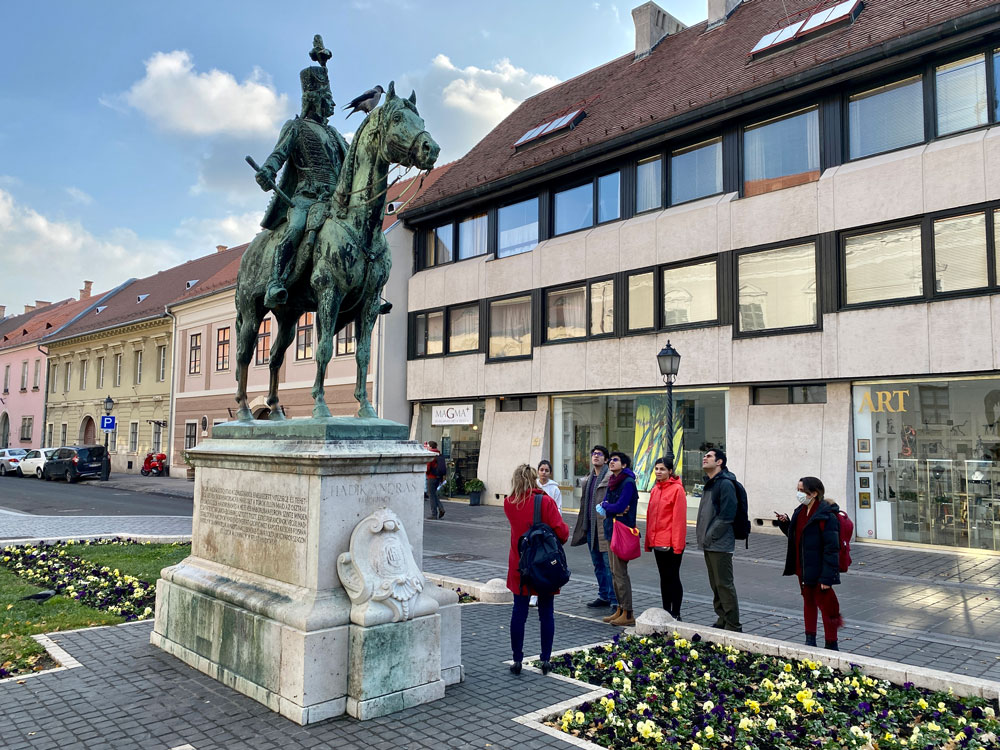