AIC students and colleagues met at the Visitor Centre 30 mins before the tour guide started. During this time we arranged some administration.

Having gone through strict control at the entrance we were given headsets to wear during the tour. After the English-speaking tour guide had given us an initial description about the historical period of the constructions we were guarded to the City Side Staircase or „Golden Stairway” (building’s Northside), which used to belong to the Upper House. Then the tour continued along a corridor, heavily decorated with marble columns and remarkable statues, which makes a connection towards the Grand Stairway. Besides getting informed about who is entitled to use it we also learned about the architect, Imre Steidl, who won the second tender in 1882. Having seen the magnificent frescoes on the ceiling we had some time to take group photos. Next, we saw the Dome Hall, the symbolic center of the Parliament building, where the Holy Crown and the Coronation Regalias are exhibited. We were given information about them and also about the statues in the reigning order around, as well as how the bulbs are replaced in the chandelier at 27m high. Our way led to the Upper Chamber where students learnt about the symbols of the colors and several statues contrasted with those in the Lower Chamber. The Session Hall may have been the most interesting part of our tour providing us with a deep insight into the legislative work of the current politicians. Here we learnt what parliamentary democracy means, and also stories about the distance heating system and the brass ashtrays of the cigars left during a „good speech”.

After one student’s question had been answered by the tour guide we descended across the souvenir shop to the buffet to have a 10min. discussion about their experiences giving them the opportunity to express their feelings and also highlighting the main points of what they have learned. It was meant to be an informal way of preparation for the test they would take in the following week. 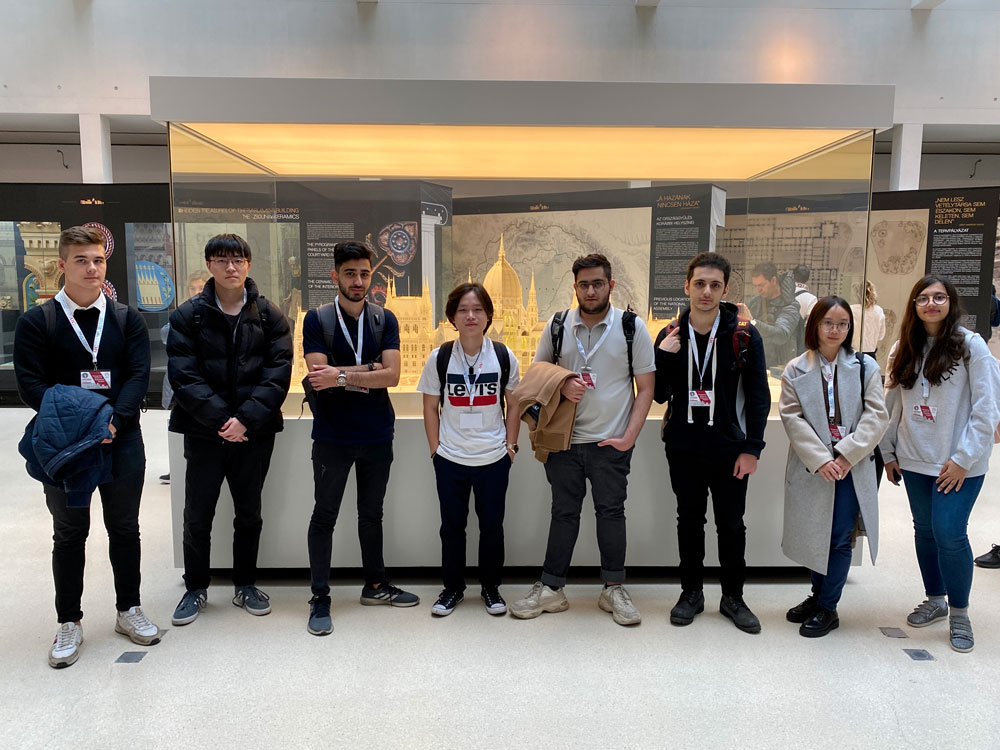 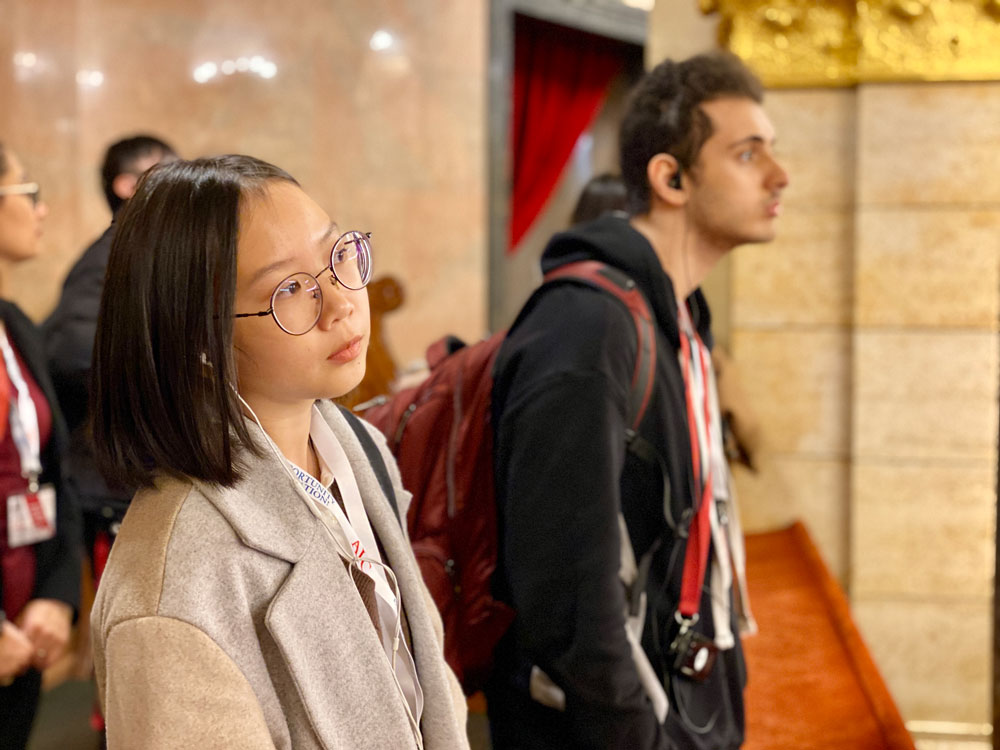 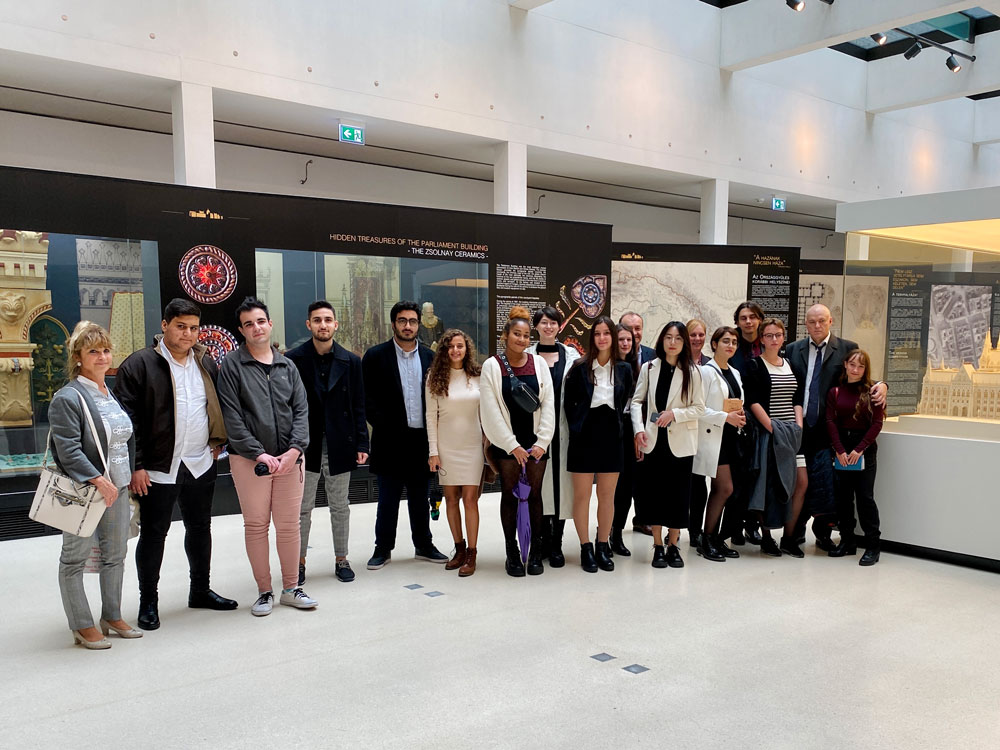 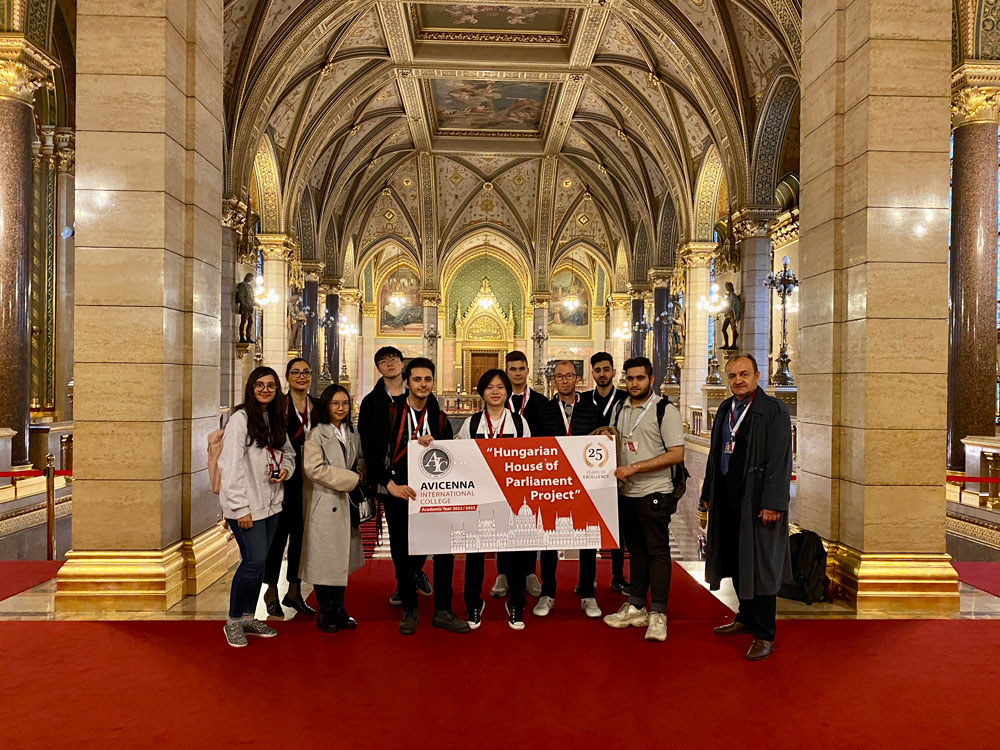 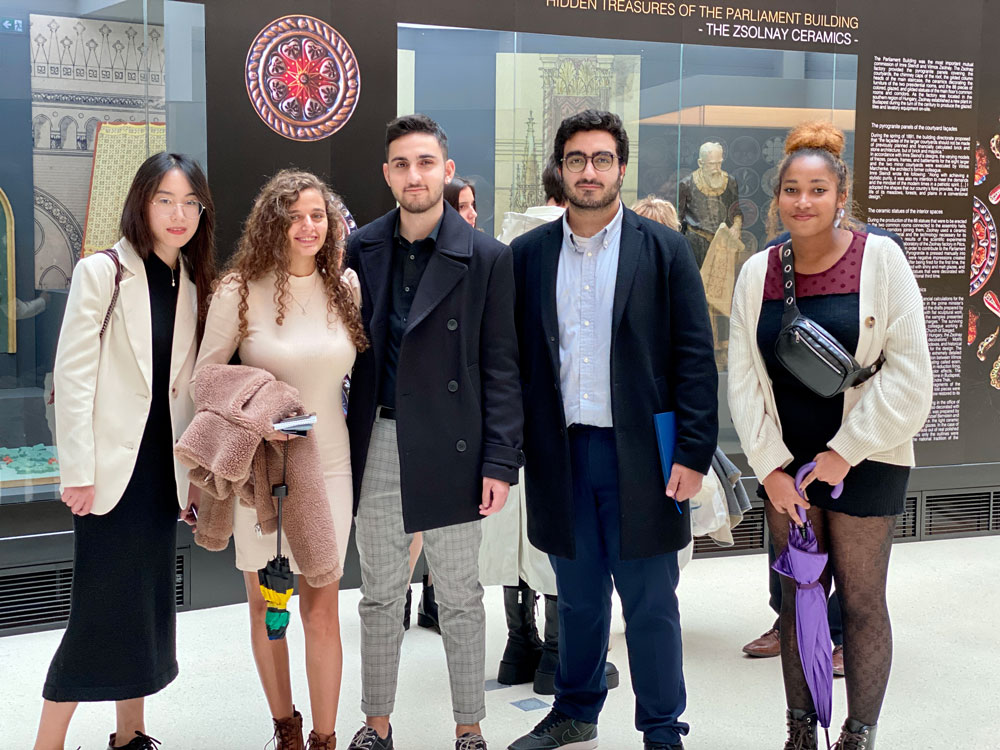 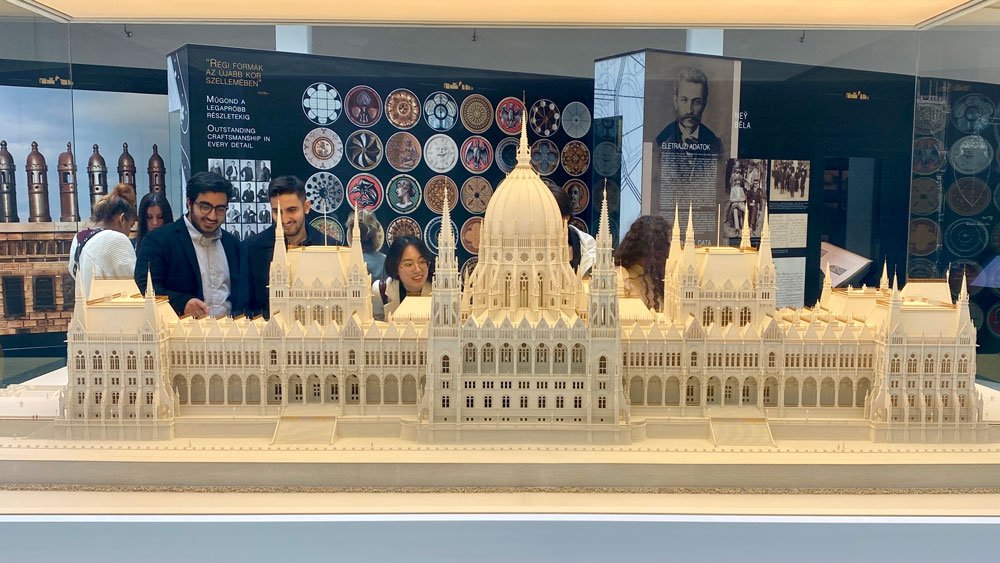 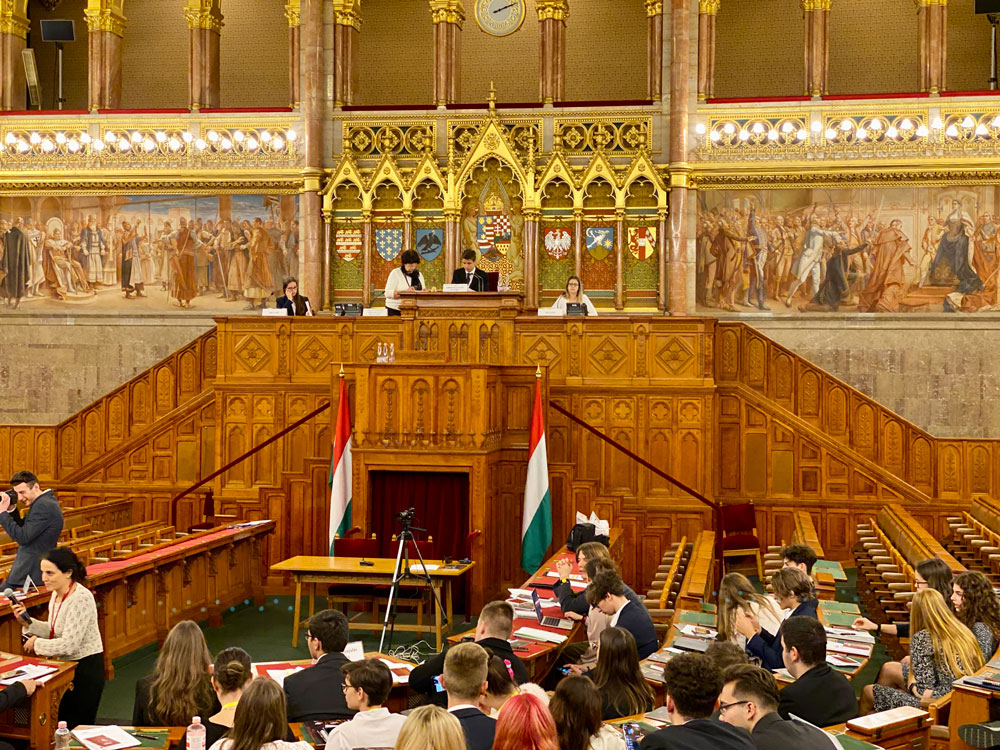 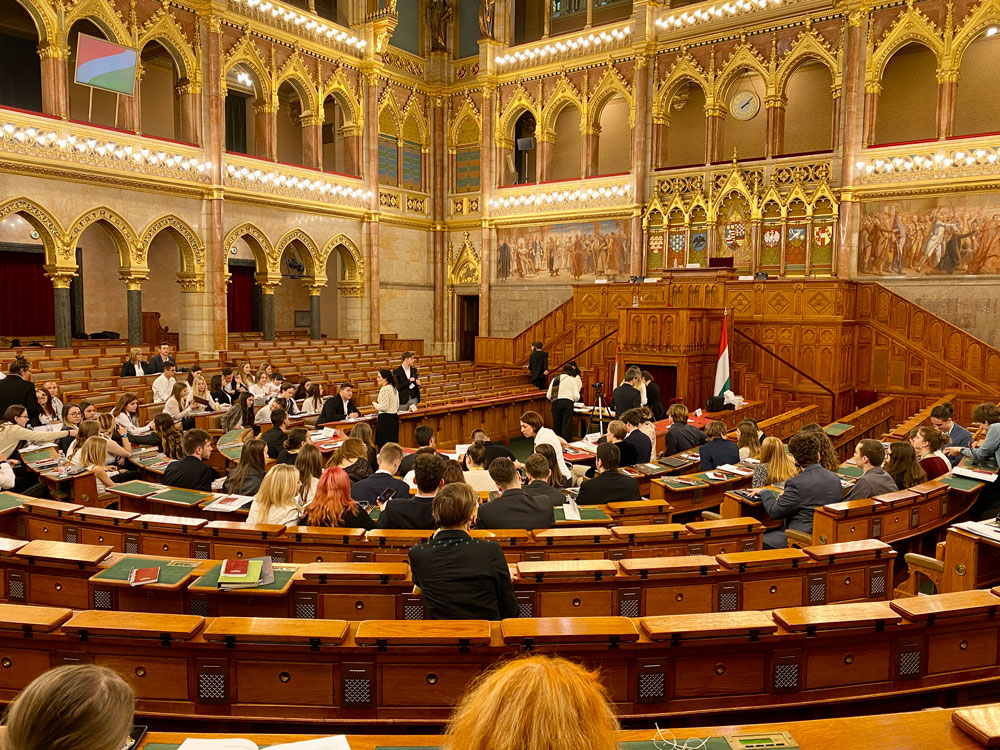